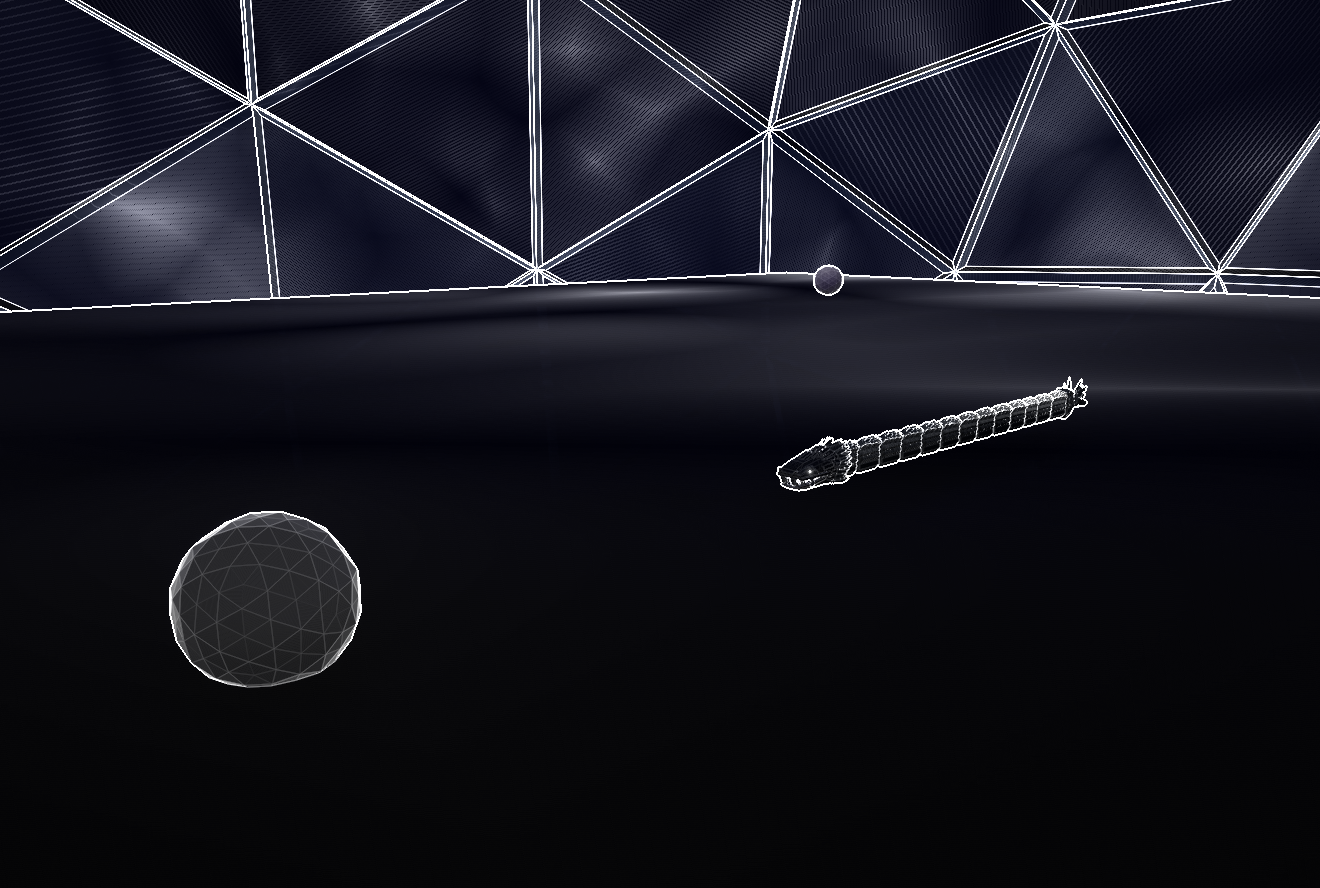 For this brief, in addition to creating a brand identity and CV for ourselves we had to create a small game using Unreal Engine 4 (UE4) that demonstrated an ‘innovative’ game mechanic and was complete with HUD and Main menu.

I created a 3D re-imagining of Snake and while originally I was hoping to have it work in three dimensions of movement I was unable to get pitch/roll working to an acceptable standard by the deadline. Though constraining the submission demo to a 2D plane It featured a set of post processing effects providing the wireframe visual style and a ‘wave of red’ sweeping through the environment on collision. Not shown in the video above, the snake is in fact able to move up and down terrain smoothly and the body mesh deforms smoothly along a spline and could in theory be made to move freely unconstrained by the grid or constrained to a hexagonal grid instead.